Colle dell’Agnello (Col Agnel in French) is one of the top highest mountain passes in Europe. It’s reachable by driving on a spectacular road.
It also is one of the highest and most beautiful passes in the Alps, just above the Col de l’Iseran and the Passo del Stelvio, some popular names for unique drive hunters.
The road that goes up is a beautiful winding one. If you would expect this to be difficult, it’s not, neither from the Italian side, nor from the French one. 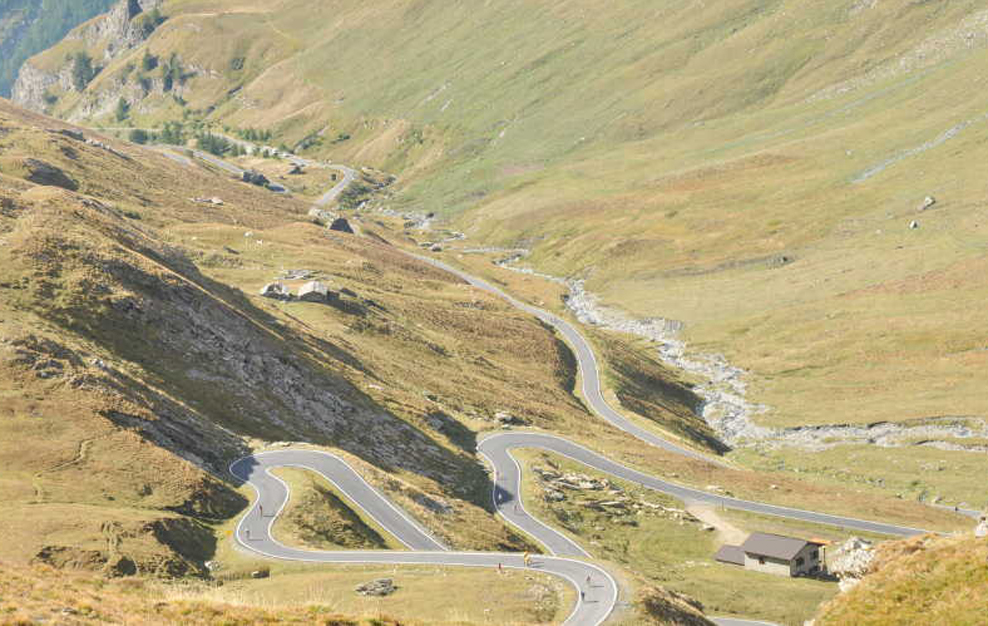 We have to say that Colle dell’Agnello is a mandatory destination for drivers, motorcyclists and mountain lovers!
By driving on this route, you will reach an elevation of 2.744 m above the sea level (Italians say 2.748 m) and both roads that go up to the pass are very well maintained.

This road recently celebrated 50 years since it was first opened.

From Château Querias to Casteldelfino

Colle dell’Agnello is one of the top highest mountain passes in Europe and it is reachable both from Château-Queyras (in France) and from Casteldelfino (in Italy) on a spectacular road.
Starting from the French side, the entire road measures 101km to the top, and starting from Italy there is a 174 km road that gets you up. The Italian road is quite long and passes through many villages, each with its own old church tower. The ascent is gentle to the last village, but then you will realize that something serious is about to happen. Clouds!

In case you enter a cloud, the visibility will be about 10 meters, but it may happen that after exiting a curve, you can instantly escape from the cloud.

You will find parking places along the way, good spots for taking pictures, but not so good ones if you accidentally put the car in reverse.

Even if on the top there is just a small parking lot that can hold 10 cars and two signs, the views are extraordinary!

Il Monviso (Monte Viso) is the highlight once you’ve reached the pass and there are also other sights to take picture of.

In summer, the French side is easier, clear and serene. On the other hand, the Italian can be foggy. The hill is closed for many months because of the snow.

Monte Viso or Monviso is the highest mountain of the Cottian Alps. It is located in Italy, close to the French border.
This mountain is well known for its pyramid-like shape and, because it is higher than all its neighboring peaks by about 500 m, it can be seen from a great distance, including from the Piedmontese plateau and the summits of the Mont Blanc Massif.
On a very clear day, it can be seen even from the spires of the Milan Cathedral.

It has been suggested that Monte Viso could be one of the mountains which inspired the Paramount Pictures logo.
In Italy is also known as Il Re di Pietra (The Stone King) because of his prominence within western Italian Alps landscape.

Whether you come here for the drive, or for the landscape, you will surely enjoy both. The road is diverse in twists and turns, yet smooth, so it offers a pleasant drive. The mountain scenery shows you the best from both countries. That is why, Colle dell’Agnello is a road to drive and not to miss.