Operating times: throughout the year

Les Grands Goulets, a forgotten, yet beautiful route, hidden in the French Alps. Built between 1844 and 1851, it’s an old road with plenty of history. Also, it links the Royans area with Vercors Central.
What makes this road a magnificent one is the way the small valley narrows down 20 km further above the Vernaison River. You will drive with the rocks just over your head.

You can start the route from Pont-en-Royans and end it in Échevis. During the drive, you pass along the Plaine du Royans and the Petits Goulets. Furthermore, after passing by these points, you reach an impressive succession of tunnels and you have access to a green hills area, in Echevis. It’s stuck between the cliffs of the Arps and the Allier.
Les Grands Goulets is cut in the cliff resulting into a narrow pass. Overall, it’s usually mossy and wet as the sun never passes through. As a result, it can feel like driving in a cave, but that’s one of the things that make this experience a unique one. Also, the space between the rocks is very tight and on the opposite side of the road, you’ll see the Rochers d’Echevis mountain.

The road gradually climbs and arrives at the village of Pont-en Royans. Here, the valley closes in as you go under the cliffs continuing the drive. Moreover, you will pass through rock arches and continue through a stretch where some light manages to make it through. The space between the cliffs makes the road often narrow. It’s not the best place for claustrophobic people. 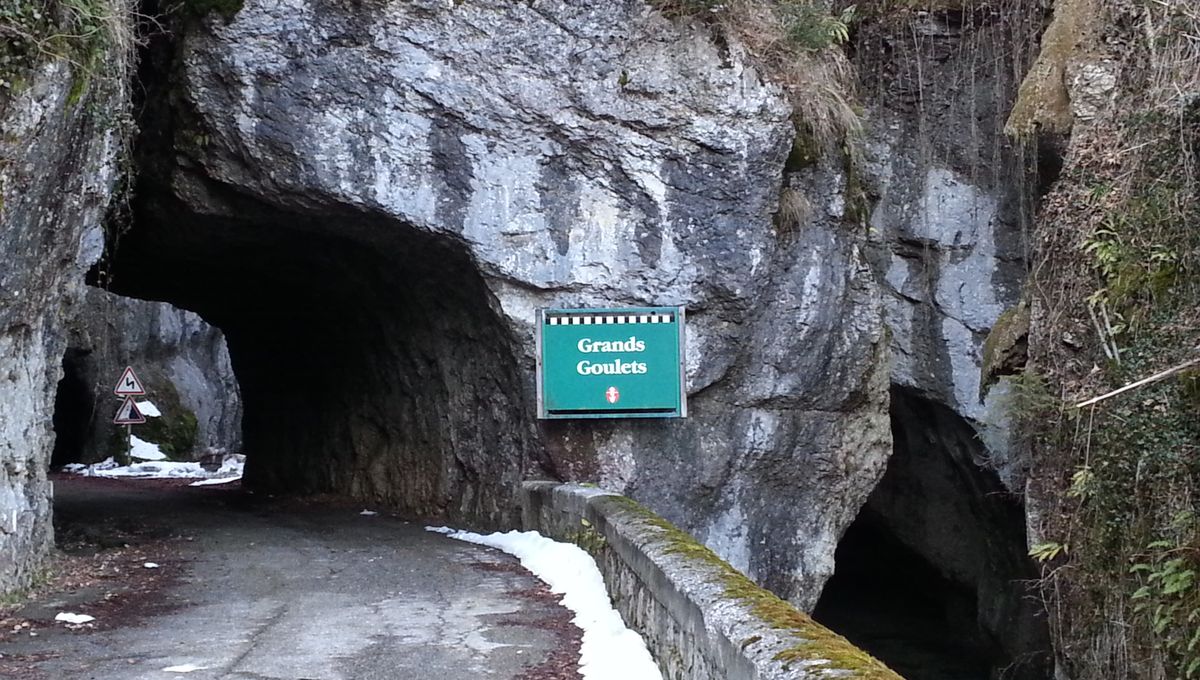 The road is asphalted and, for a long portion, there is only one track. Luckily, not many use it anymore, but you still have to be careful in case a car is coming from the other direction. Les Grands Goulets is also one of the most famous balcony roads in France. It’s a dangerous path, often very steep, deep in the gorge and without guard rails.
Along the way, there are a few points where you can stop by. After a few tunnels, the road twists towards the Echevis valley, and you pass again through some tunnels as the road narrows down in the Petit Goulet section.

Built between 1844 and 1851, it took a massive human and financial investment. In the early 19th century there were no passable roads in the area. So, the residents living in Vercors were isolated from the rest of the world. This was when people decided to build this road. Ten years later after the construction started and the route was finally ready. It’s an engineering masterpiece, especially if you take into consideration the fact that people didn’t have modern methods and technology at the time. Even today, this is a breathtaking journey with many sharp and blind turns.

Les Grands Goulets was closed in 2005 after a series of serious accidents.