Route: From Pitesti to Sibiu, through Curtea de Arges

Description of the Transfagarasan road

Transfagarasan is a road that was built during the rule of Nicolae Ceausescu as a consequence and response to the 1968 invasion of Czechoslovakia by the Soviet Union. The communist ruler wanted to have quick military access across the mountains in the case that the Soviets attempted something similar in Romania. As a result, the road was developed with the help military forces. It also resulted into high costs – both financially and from a human sacrifice standpoint. To build it, they’ve used around 6 million kilograms of dynamite for the northern face. The records mention that, unfortunately, about 40 soldiers lost their lives in accidents when building the road.

When driving it, Jeremy Clarkson, the Top Gear host, said about Transfagarasan that “this is the best road… in the world”. This was a title the tv show hosts had previously given to the Stelvio Pass in Italy. Even so, in September 2009 the crew of the television show Top Gear arrived in Romania to test this popular road. The video shot here was part of the first episode of Series 14 and it was released on November 15, 2009. Their visit in Romania was part of a grand tour with some pretty cool cars: Aston Martin DBS V12 Volante, Ferrari California and a Lamborghini Gallardo LP560-4 Spyder. So, you can imagine how insane the drive must have been in those sports cars. But enough about this. Let’s see what makes this road so special, apart from what the TV hosts said.

If you start driving from the North, that will be the most spectacular route of Transfagarasan. As you drive onto it, you will discover a winding road, dotted with steep hairpin turns, long S-curves, and followed by sharp descents. Just what you need to feel the adrenaline rushing when driving. It has 5 tunners and viaducts,  more than any other road in Romania. When getting close to the highest point, at Balea Lake, the road passes through Balea Tunnel, the longest road tunnel in Romania with a lenght of 884 m. 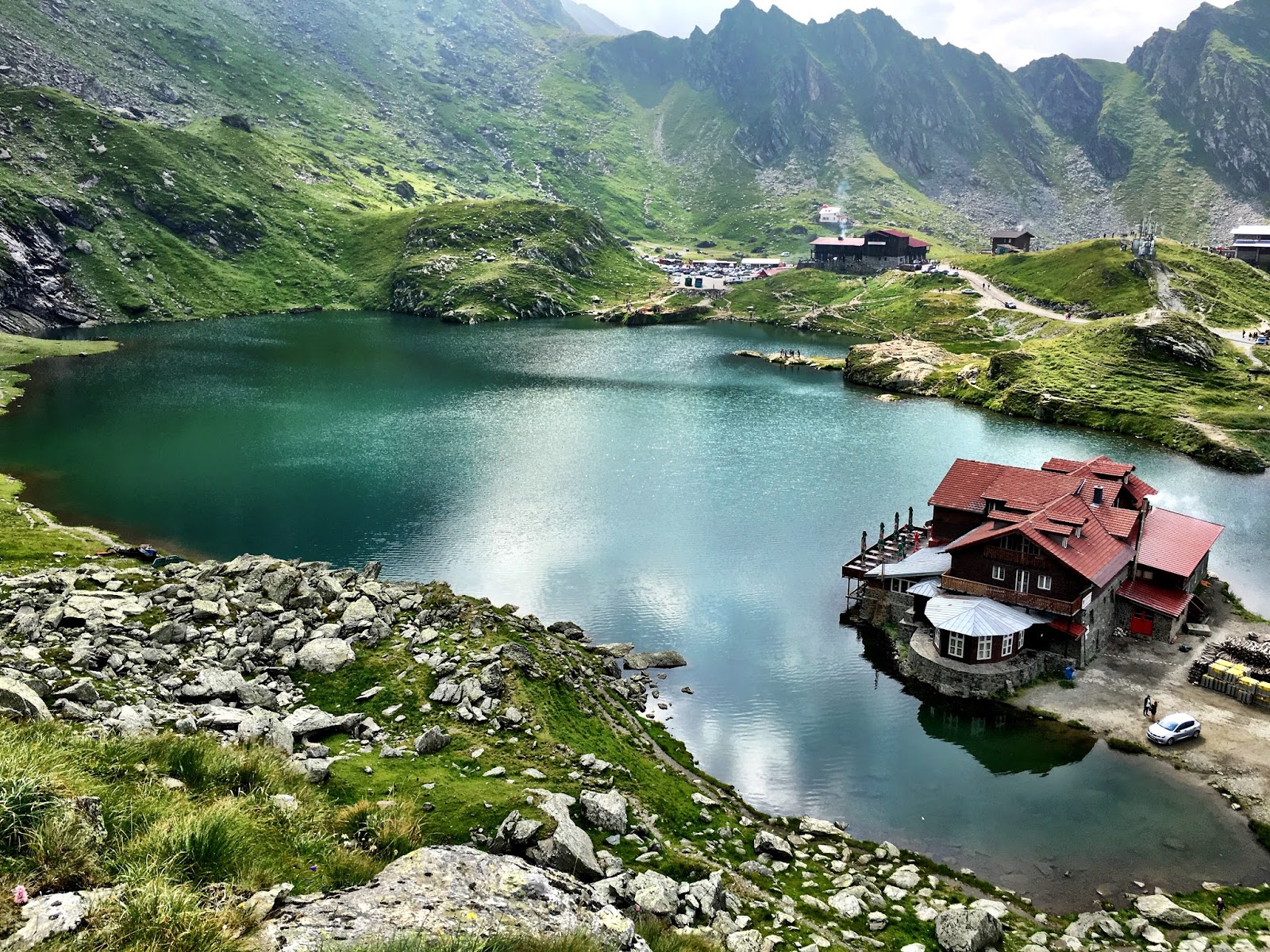 In the same are, you will find Balea lac as well. It offers a scenic view. Travelers can find accommodation and restaurants at the hotels or chalets  along the way.

Attractions on the way

During the drive, you can also stop and enjoy the attractions along the southern section of Transfagarasan. You can visit the Vidraru Dam (technical details: 166m high, lake perimeter 28 km, arch length 305m and 220 MW power plant) and the Arefu village with the Poienari fortress nearby – also known as Vlad III The Impaler (aka Dracula)’ residence.