Built: the airport was built during World War II

Operating times: throughout the year Winston Churchill Avenue is the road linking Gibraltar to Spain. What’s special about this drive is the fact that it crosses the runaway of the Gibraltar airport, also known as the fifth most extreme airport in the world.

This is one of the busiest roads in Gibraltar since it cuts directly across the runway of the airport. So, not only you will have to be cautious with the other drivers, but you will also have to watch out for planes.

The distance is a short one and driving this avenue shouldn’t take you too long to complete, in normal conditions. The difference here is that the road is closed every time a plane lands or departs. This means that the traffic will stop several times each day, for about 10 minutes. A pair of barriers will restrict the access and close ahead of every landing or takeoff.

Another interesting fact about this airport is the distance from the centre of Gibraltar. It’s just 500 yards away from the city centre and the shortest one if you compare it to other major airports in the world. The Winston Churchill Avenue isn’t meant only vehicles. It’s also open for pedestrians that go our or come into Gibraltar.

This road intersects the airport’s runway, being one of the two airports where this happens. Also, what unique about this street is being the main road that connects Gibraltar to Spain. 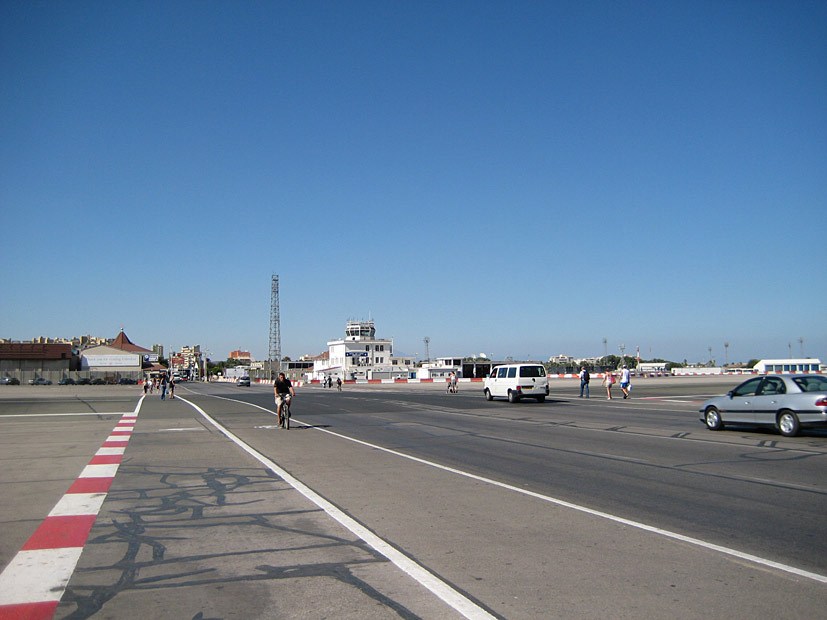 The road is asphalted and features two lanes on each side. The airport was built during World War II, and it’s considered to be one of the top 5 most extreme and dangerous airports in the world when it comes to landing and taking off. This is because of the length of the runway and the sea located at the end of it.
Driving this road isn’t special for the many twists, turns, length and so o
n. Also, the scenery isn’t out of the ordinary or scenic. Nonetheless, this is a thrilling road to drive because you get to see the airplanes taking off or landing, so close to the car. Also, you get to cross the border, from Gibraltar to Spain. These alone make it a great road to drive.